All that, and more 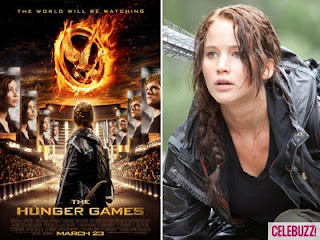 I promised in my last blog post that you would hear thoughts from me on The Hunger Games after seeing it. So here ya go...

In short, I was blown away by the casting and acting. Jennifer Lawrence is Katniss Everdeen, and that's just the beginning. Lenny Kravitz, Donald Sutherland, Stanley Tucci, and many others create characters that were just what I would have pictured from the book. Especially moving was Amandia Stenberg as Rue.

I thought the movie was very faithful to the spirit of the book, while making necessary changes to meet the time constraints. It is a 140 minute movie and that is about as long as you can go without losing much of your audience. Almost all the changes I noticed could be attributed to the need to move the story along. And that was fine with me.

I also thought the film did a good job of avoiding turning itself into a Twilight-like love triangle story - an aspect of the book but not a major theme. It may have even understated this part of the story, but if there was an error to be made, in my opinion they went in the right direction.

The use of behind-the-scenes Capitol activity was a clever way to let us know things we needed to since we didn't have access to Katniss' narrative thoughts. I loved it. I also love the way it gave us a foreshadowing of the trouble brewing in Panem, and how dangerous Katniss is. It makes me so ready for Catching Fire to come out in 2013.

Later, when I have more time and everyone has had plenty of time to see it, I will probably write a little about the themes of the book/movie and why I think it speaks so strongly to us in the 21st century. If I forget and you happen to see me around, remind me.

All in all, a wonderful movie experience. I will see it again in the cinema, and will definitely own it when it's released. Well done, Gary Ross!
Posted by Donnie Manis at 12:25 AM