Last week, we finally witness the fourth and last installment of The Hunger Games movie series, based on the books by Suzanne Collins. It did not disappoint. This was a story that gripped me from the first chapter of the first book, and its echoes linger with me today. Unlike some other recent movie adaptations, this whole series captured the spirit of the original story. The finale was no exception.

The interesting thing is that in my first post on this story (2012), I jumped ahead to Mockingjay because the themes of the story needed to be seen from the vantage point of their conclusion. In that post, I made the following observation:

Ultimately, the Hunger Games trilogy is a story of redemption, setting captives free, and standing up for "the least of these." And doing so at great personal cost. It reminds me alot of a true story, one that happened about 3,500 years ago.


And the final movie installment was true to this theme. It was powerful.

SPOILERS AHEAD:
COME BACK AFTER SEEING THE MOVIE


The highlight of the movie for me was the scene where District 13 President Coin (Julianne Moore) had gathered Katniss (Jennifer Lawrence) and her friends in a conference room to discuss what to do now that the evil Capitol regime had been overthrown. How do you punish the oppressors? How does such a damaged society move on? Is there room for vengeance? How do you move on?

After the Exodus, the Israelites faced the same dilemma and they didn't handle it so well. They went through judge after judge, trying to find a godly leader to make them the people that God intended when he led them out of Egypt. But the subsequent history consisted of a repeated pattern of 1) promising to serve God and do things his way, 2) failing, 3) reaping the consequences, and then 4) starting over.

And so, as the new makeshift council met, President Coin proposed the unthinkable. A new Hunger Games to kick off the new society, supposedly as a substitute for mass executions.

As the proposal was put to a vote, it was hard to imagine how anyone could even propose such a thing. We began to see in the eyes of Coin and Katniss the same thing, but from a different prospective. This government would be no better than the old. Symbolic gestures designed to keep the people under oppression.

What happened next gave me chill bumps. Katniss voted for the new Hunger Games, but with a condition. A condition that would allow her to put a stop to Coin. And then, in a marvelous piece of acting by the brilliant Woody Harrelson, Haymitch votes the same way with a look in his eyes that said, I don't know what you're up to, but I trust you."

Stories tell us about ourselves. This one told us about our self-destructive tendencies, our longing to overcome them, and our repeated failures to do so. But it also tells us about hope, about the need for someone to stand up and break the cycle. Thank God for the Messiah Jesus who came to break the cycle for us. If we will follow him, if we will trust him even when we don't know what he's up to in our lives, there is hope.

And for that I am thankful.
Posted by Donnie Manis at 9:40 PM No comments: 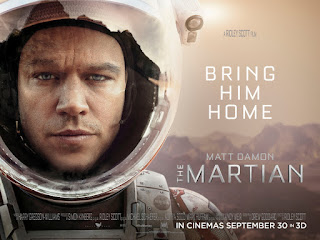 Will you join me?
Posted by Donnie Manis at 10:35 PM No comments: