The light at the end of the hall

So this week I was walking down the hall at work, toward my office. As I looked down the hall, I thought I needed sunglasses. I saw this at the end: 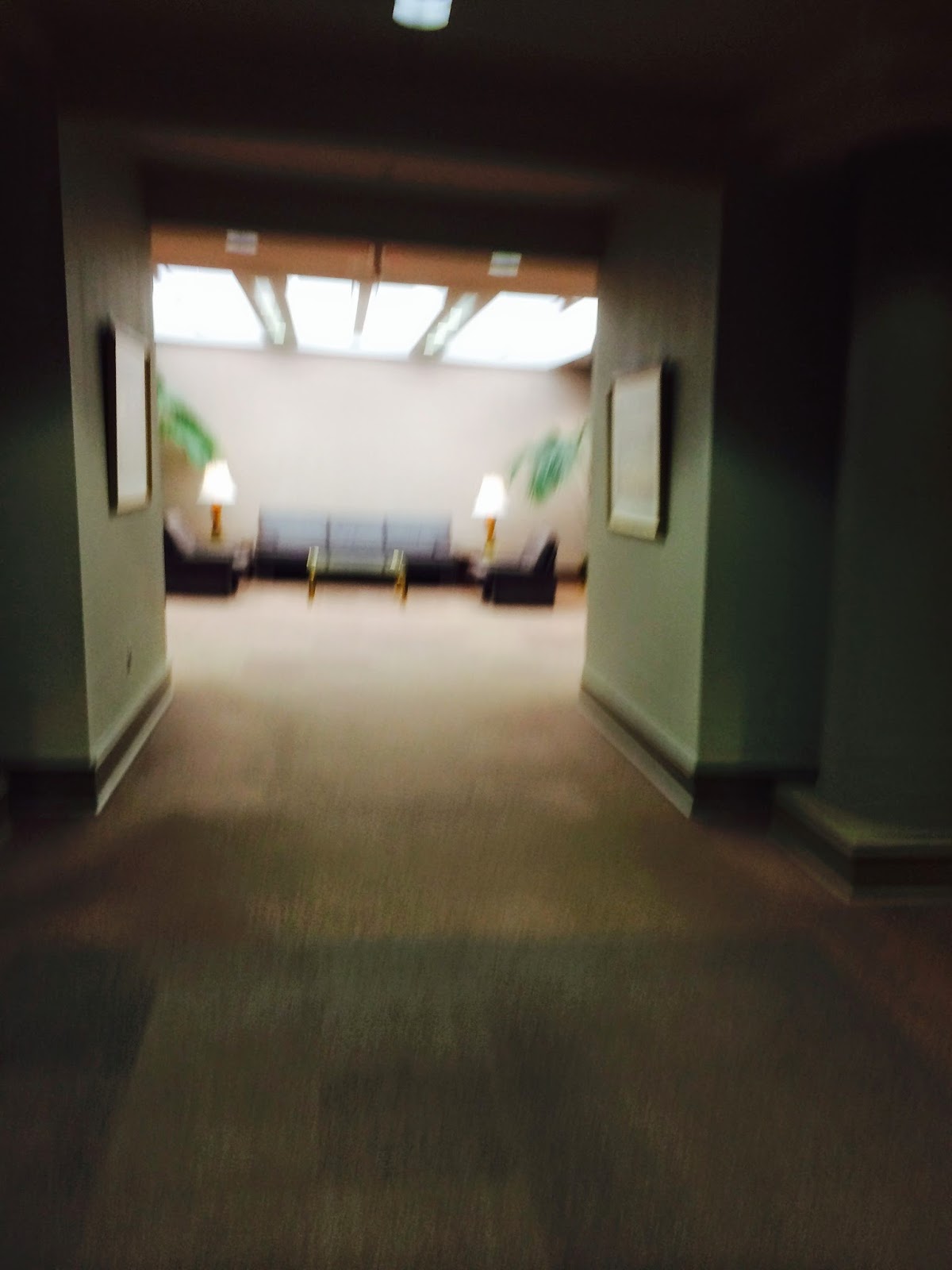 Now trust me, the hall was not dark. It was well lit, at the normal level during the workday. No lights were out. But compared to the light at the end of the hall...yeah, it looks pretty dark doesn't it?

The thing about that incredibly bright area is this: Just last week, it was dark. If I had taken a picture then (I wish I had), the exposure would have probably made it look like there was nothing there. You see, there was remodeling going on at that end. It used to have a desk for a telephone operator, and they have turned it into a waiting area for executive offices. While they were doing the work, there were no lights overhead. Now, they have put in the brightest lights in the building.

And I thought just before I took the picture (always thinking about my blog), this is what it's like to put your faith in Jesus. You have been walking in darkness. But when you let him take over, he remakes you, and infuses you with the brightest light in the universe.

Light and darkness. Not exactly original on my part; there are 55 verses in the Bible where both words appear together. Almost always because it's expressing the contrast. Darkness is the absence of light, and that is life with Jesus. But he came as the Light of the world, lighting us up like the end of that hall.

Here is just one of those passages:


But you are a chosen race, a royal priesthood, a holy nation, a people for God's own possession, so that you may proclaim the excellencies of Him who has called you out of darkness into his marvelous light.

What a wonderful picture! And like the hall now, he is so bright that the rest of the hall looks dark. Nothing approaches his marvelous light. Nothing.
Posted by Donnie Manis at 6:18 PM