What color IS it?

You knew this was coming. Didn't you? There's no way I could watch something go viral like The Dress and not comment. You probably would have sent out a search party to see if I was alive. 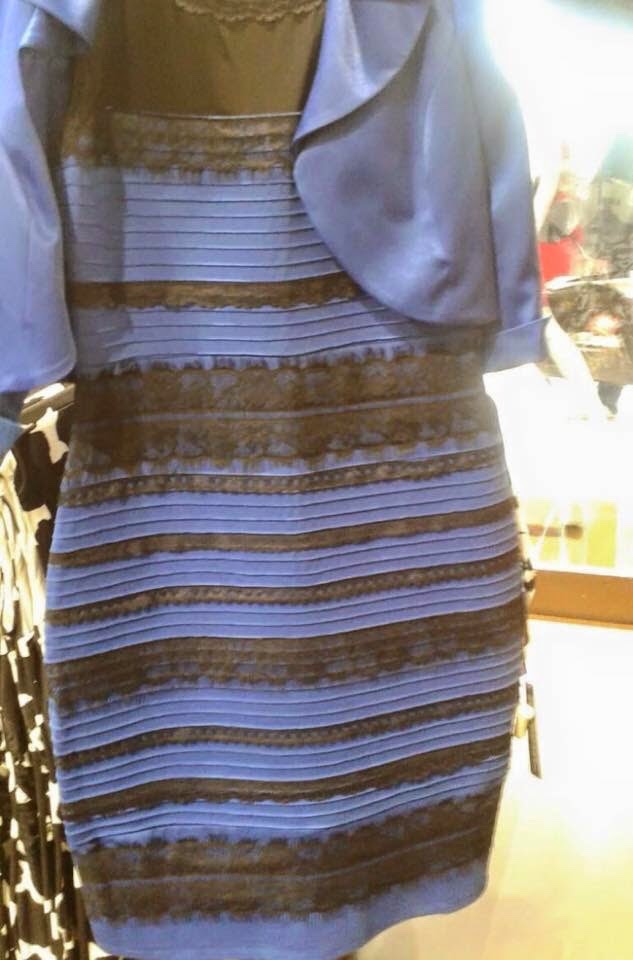 It's amazing; at staff meeting we were all looking at the same version of it (and there has been a lot of photoshopping, hasn't there?). And we were almost evenly divided - Team White and Gold vs, Team Blue and Black.

It's a fascinating study in human nature, the science of the brain, and nature of the public space. But to me the most important thing about the whole discussion is this:

There IS an answer. Regardless of how I see it or you see it, there is an objective answer.

A pastor I follow on Twitter made an observation that I thought was telling. The Dress tells us more about ourselves than it does about color. Here was his tweet:

"Whatever the dress looks like to you, is the color of the dress." A terrible and false answer from the relativist.
— Dean Inserra (@deaninserra) February 27, 2015

Yep. As a society we have come to look at truth like this. Whatever is true for you, well that's your truth. What's true for me is my truth.

Whether it's the color of a dress, the nature of the universe, or the historicity of the Resurrection, objective truth exists. There is an answer. Regardless of how the dress looks to me - or you - it has a color. An objective color.

And likewise, either something happened or it didn't. It can't be true for me and false for you. It's either true or false.

I think this is one reason The Dress was on everybody's tongue today - as my niece said, it was all anyone was talking about. Some of us want to be reassured that we can determine our own truth. Others are annoyed because they want to know the real color and get it over with.