The Walking Dead: Them

How does God work in the universe he created? Did he just set it into motion and then watch things play out, occasionally intervening with a miracle when it's important to his purposes? Or is he intimately involved with every aspect of his creation, working through the natural processes and relationships to bring about his purposes?

In this week's episode of The Walking Dead, this question seemed to explode from the screen.

It was a strange episode, one that I felt was a little slow. There has been a lot of death recently and our characters, especially Maggie, Daryl and Sasha, are at the end of their ropes. Food and water are scarce, they are running out of energy as they try to make it to D.C., and grief is overwhelming. As Rick notes in a story he tells toward the end of the hour, they - not the "walkers," - are really the "walking dead." (It was really cool how the name of the show actually made its way into the dialogue.) The only thing is, we have spent nearly two episodes dealing with these emotions without much plot movement. In my opinion, it's time to restore the balance with some plot development.

That said, I was really moved by Maggie's character progression, and it related directly to the questions at the start of this post. For those who don't follow the show (you probably stopped reading long ago anyway), Maggie's father, a deeply religious man was beheaded recently. She wandered through Georgia wondering whether her husband Glenn and sister Beth were dead. She was reunited with Glenn, but thought Beth was dead. She then found out that her sister was alive, only to have her snatched away in a gruesome death shortly after learning the good news.

And as the episode begins, it is clear that whatever faith she ever had is, at best, hanging by a thread. First, she has a conversation with Gabriel, a priest who is dealing with his own failings to do what he knows is right. Gabriel tries to help, offering to be there if she needs someone to talk to. She says to him, "My daddy was religious. I used to be." When he offers to listen, she says, "Please stop" and cuts him off cold. She doesn't want to talk about it.

Later, the group is overjoyed by a rainstorm that blows up providing them much needed water. Gabriel gives thanks to God, but Maggie just sands with a blank expression. She is not impressed.

The group finds shelter from the storm in a barn that Daryl had seen. As they walk in, Maggie notices a Bible sitting on top of a stack of books. The fact that she sees it is emphasized by the way the scene was shot. Clearly the role of God in all this and whether Maggie can return to her father's faith is being set before us.

That night, after they have all tried to go to sleep, a bunch of walkers (zombies) comes to the barn door and are attempting to break it down and kill them all. And the storm is raging with high winds that may blow the door in. With our three grieving characters taking there lead, the group works together to keep them out. 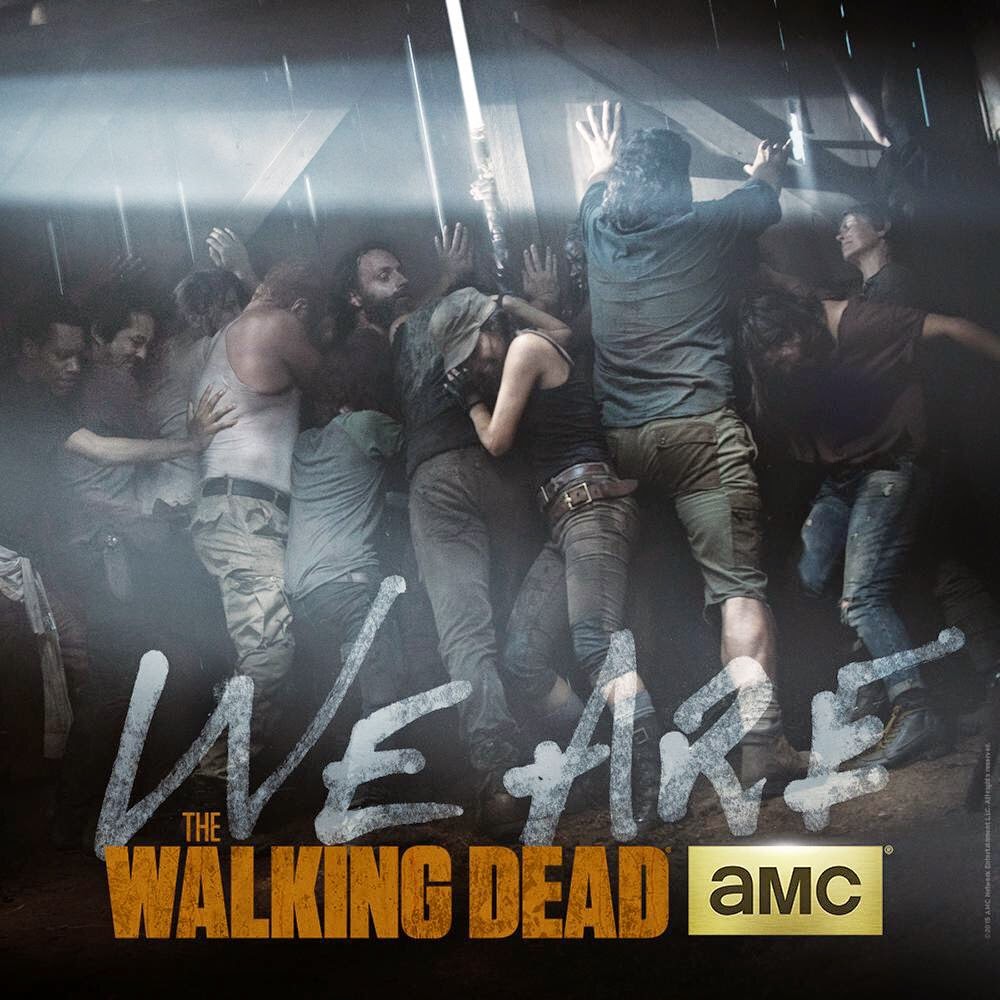 Cut to the next morning. Everyone is safe, and we see Maggie awaken first and soon she and Sasha are walking outside the barn. It's hard to describe what they see. Look at the tornado path, the way tress have been leveled, and how a bunch of walkers were disabled: 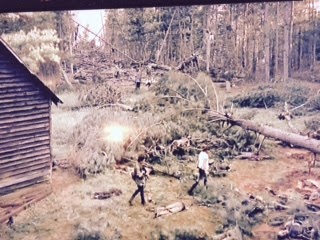 And then, while looking at a beautiful sunrise, "Why are we here?" 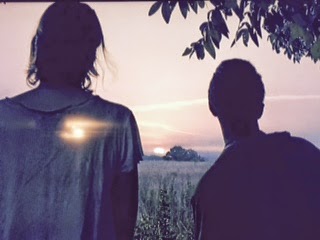 And you can see in their eyes that they are trying to make sense of it all:

So back to our question...how does God work? Without attributing intent to the writers (which is never a good idea), I saw a very clear journey through pain and doubt, with the first steps back toward faith. As they surveyed the wreckage after the storm (tornado?), it was very clear that something had happened, something significant. A miracle? The natural result of weather?

God as presented in Scripture is one who works his will through everything that happens. So while so many want this to be an either/or question, I believe it is more accurate to see it as both/and. It was the working of God to save them, but he did so through the working of his creation. He sent a storm to give them water and, as it turned out, to protect them from the walkers who were about to kill them. He wills and works for his good pleasure.

As I watch over the next few weeks, I hope I'm going to see this a turning point of hope and faith. That Maggie, one of my favorite characters, will see why her father believed and return the the faith of her youth. And that this will provide hope for everyone as they navigate this post-apocalyptic world.

More than that, I hope and pray that I will learn from it as I navigate the stresses of my world and seek to interpret the tragedies we are seeing in the news. Things may seem to be at their worst, but there is a God working for our good, and all the suffering, tragedy, and even stress are being used to mold his children into what he wants us to be.

Then we, the walking dead, can have life.
Posted by Donnie Manis at 11:23 PM