That's Not Why I'm Here 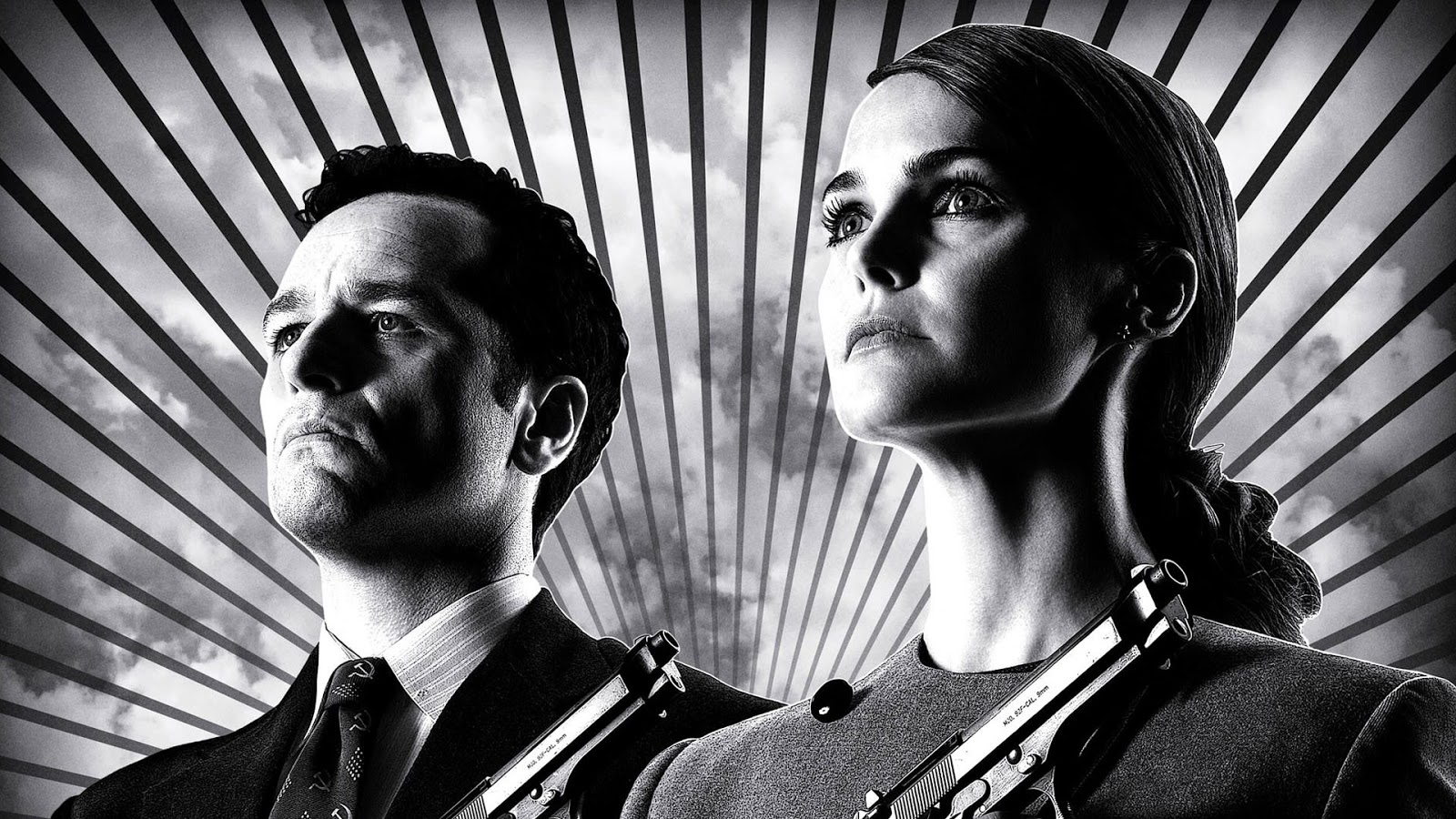 Just a few years ago, it would not have played well on American television.

FX is well into the second season of its drama The Americans. This series, starring Keri Russell and Matthew Rhys, is set in the early 80s during the tension of the Cold War. Russell and Rhys star as a couple who are Russian spies in Washington, DC. Their marriage was arranged as a cover for their espionage, but over the years they have had children and it's obvious they have actually grown to love each other. This causes a major complication in their prime objective: to bring down the United States from the inside.

The reason it would not have played a few years ago is that the drama builds sympathy for these characters. The fact that it's successful is a testament to how short the collective memory of a society is.

Nevertheless, it is a fascinating premise.

The most fascinating part of it is the way the lead characters interact with this culture - one they are sworn to bring down, but one that they have become used to in their 15 or so years living here. After all, they have made friends, settled in a very nice suburban house, have comfortable cover jobs, and are raising their kids in American society. How in the world can they not waver and think, "This might be better than our country"?

That tension is probably why I watch. It, well, reminds me of something. (More on that shortly.)

So in that context, check out this clip from last week's episode.  Phillip Jennings (Rhys) has just bought a new Z28 sports car, and he is really enjoying it. He clearly is more tempted by our American comforts than his wife Elizabeth (Russell), and sometimes she challenges him on that. Where is his loyalty? This is one of those scenes:

To me, this is a vivid picture of my mission as a citizen of the kingdom of God. That is where my loyalty lies, not in this world system. Like Elizabeth and Phillip, I am living my life in a society that does not have my loyalty. Do I enjoy my job...good food…indoor plumbing…Apple products…TV…movies…football? Sure.

But like the Jennings, I am here for a different purpose. This world system is passing away, and since Jesus came and announced the kingdom of God, his followers have been called to a higher allegiance. We are citizens of heaven, working to bring about justice, mercy, healing, and love in a broken world.

I must never forget that.

So yes, I learn something from watching these fictional Russian spies. I learn what it's like to live in a society that is opposed to what I believe in. Can I enjoy my life? Of course. but I must always remember…

That's not why I'm here.