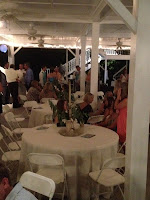 Tonight, I was at a wedding, and the time came for a time-honored tradition: the tossing of the garter followed the bouquet.

So we were sitting there and we heard this announcement:


"Will all the single men please come forward?"

My niece looked at me with a puzzled look on her face. She said that she thought all the guys were supposed to be part of it. Well, since the one who catches it is supposedly the next to marry, it can't be all the guys right? Only the unmarried ones.

You see, the word single doesn't mean what it used to. Right? 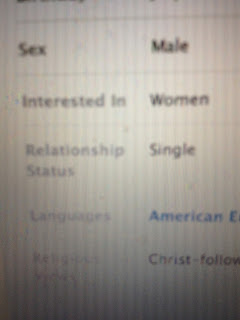 Yep, the picture above is from my facebook profile and it says "single". Yes, of course I'm unmarried. But it also means that I'm not in a relationship. It's a distinction that the current generation considers natural, and yes, it has changed the meaning of the word "single". To be truly single, you are not in a committed romantic relationship. And so the announcement was confusing. He wanted all unmarried men to come forward.

Language changes over time. That's why a version of the Bible translated in 1611 no longer communicates effectively to most 21st century English-speakers. Not because there's anything wrong with it. But because it uses lots of words that mean something different today than they did then. If it can happen within my lifetime (like "single"), imagine what has happened over the course of 400 years.

It's a major reason that new translations of the Scriptures are necessary as time passes. Because truly, the language being translated into is different for one generation than the next. Everyone deserves to hear the word of God in their own language.*

And the same is true in our daily conversations. We need to share the good news of the Kingdom with words and illustrations people can relate to. Jesus did. If we want to make a difference in our world, our message must not sound like something stale from ages past. God's life is always new, always fresh.


* For much more on this subject, I recommend the preface to N.T. Wright's translation, The Kingdom New Testament: A Contemporary Translation (2011). It's a great narrative on the need for fresh translations, and the translation itself is one I like.
Posted by Donnie Manis at 11:33 PM