It's all about the process 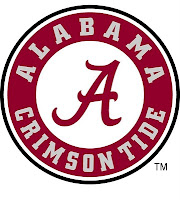 The 2010 football season is approaching the end.  This is sad in and of itself.  There is nothing like college football, and every fall it goes by way too fast.  So as I sit here at home on the eve of the conference championship games, it's time to reflect a little.  I'm not in Atlanta as I expected to be (and expect to be most years), but I am very much looking forward to finding out where Alabama will go bowling.  And looking forward to that trip.  And tomorrow, I will enjoy a full day of watching football with friends, without the emotional attachment that comes with a Bama game.

The season began in the glow of last year's BCS championship, and anticipation of the possibility of repeating.  There were major obstacles, including the fact that it had not been done in the BCS era.  An inexperienced defense.  A target on our backs.  And a tough road schedule against some of the best teams in the country.  For a summary of my preseason thoughts, check out this link.

Now don't worry -- I'm not getting ready to bore you with a week-by-week account of the games.  There are plenty of professional sportswriters who can do that for you.  Instead, here are a few highlights of the season from my standpoint: 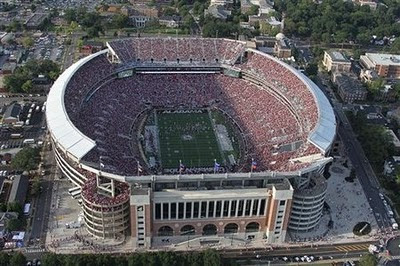 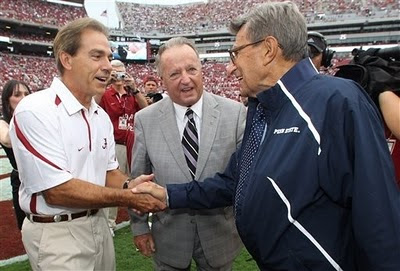 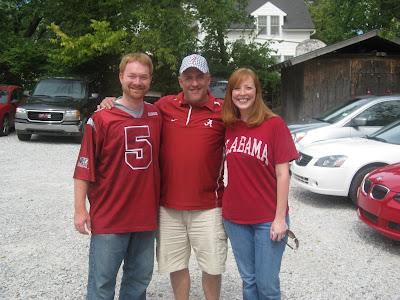 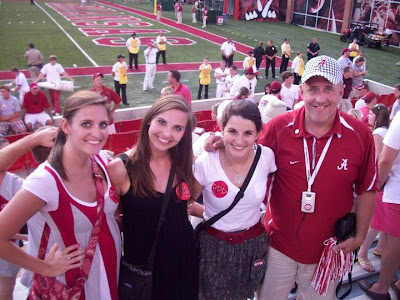 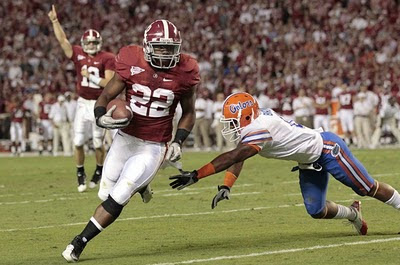 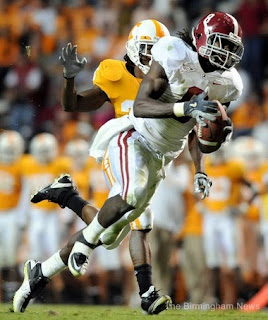 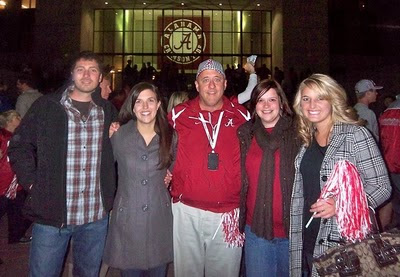 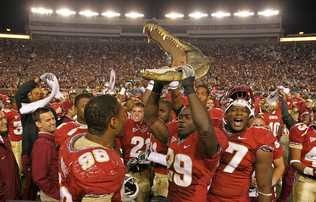 As you probably know, there were lowlights as well, mainly three losses in a season where we were hoping to repeat as national champs...or at least win another SEC Championship.  Allowing LSU to break out of a 3rd and 13 hole late in that game was the killer to the season.  And then we finished it off last Saturday by blowing a 24-point lead against an in-state rival -- the biggest comeback the Tide has ever allowed.  Yeah, that wasn't much fun.
So, as I look back, I'm reminded of the words of Coach Nick Saban.  He always says that his players should focus on the process, not the results.  If you get the process right, the results follow.  Of course, he's talking about preparation and hard work -- the kind that leads to a team playing good football.  But you know what?  There's another process for me as a fan, one that I also need to focus on.  It's the process of enjoying the game, the atmosphere, the pageantry, and most importantly, the people I go to games with.
I love to win.  I enjoyed the heck of out of last year's championship season.  In fact, I've enjoyed all four Bama national championships that I've been privileged to see in person.  But I've enjoyed every single season in between too.  Win or lose, there is nothing like college football.
As I said, I am excited about one more game this season, at a location to be determined.  I'm even more excited about a very talented team that will take the field next year, with an excellent chance to return to championship form.  But more than that, I'm grateful for all the memories from another fun season, loads of time spent with friends and family.
Yes, Coach Saban, it is all about the process.  Roll Tide!
Posted by Donnie Manis at 9:50 PM