The king's heart is like channels of water in the hand of the LORD; He turns it wherever he wishes. (Proverbs 21:1, NASB) 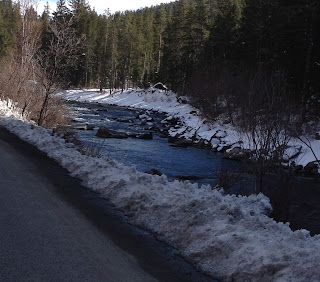 Have you ever gotten frustrated at the brick wall? You know, the brick wall. The seemingly unbreakable tide of public opinion that goes against what's right.

Approval of all lifestyles as equally valid.

It seems that the momentum is squarely in the court of evil these days. We lambast those who have sinned and turned to Jesus for redemption and a new start, while praising those who have the "courage" to set their own standards for happiness. We shout down anyone who expresses that there is an objective standard of truth...all in the name of tolerance. Which ironically is not very tolerant.

So should we fight these battles on Facebook? Twitter? Should we try to outnumber those whom we see are having strayed from the path? Is the answer in the court of public opinion? Or even in court?

That's where the Scripture at the top of this post comes into play. In his book A Hunger for God, John Piper talks about standing up for the little ones who have no voice. His particular issue is abortion, but it could be one of many other current hot buttons. So in the book, is he hanging his hopes on our ability to argue? Our ability to change things by voting for the right politicians?

No. It's all about prayer. Prayer and fasting. The fact is, we serve a sovereign God. He is there only one who can turn the hearts of our leaders. Proverbs 21:1 says he does just that. He has done it before (read the book of Ezra and note what it says about kings Cyrus (1.1), Darius (6:22), and Artaxerxes (7:27)), and he will do it again. We can't change our culture, but God can. Here is how Piper put it:

I appeal to you to seek the Lord with me concerning the place of fasting and prayer in breaking through the darkened mind that engulfs the modern world...This is not a call for a collective tantrum that screams at the bad people, "Give me back my country." It is a call to aliens and exiles in the earth, whose citizenship is in heaven and who await the appearance of their King, to "do business" until he comes. And the great business of the Christian is to "do all to the glory of God," and to pray that God's name be hallowed and his kingdom come and his will be done on earth.

Prayer. Appealing to God to change hearts. For him to direct the "channels of water." This is our hope. Let's get to it.
Posted by Donnie Manis at 10:14 PM