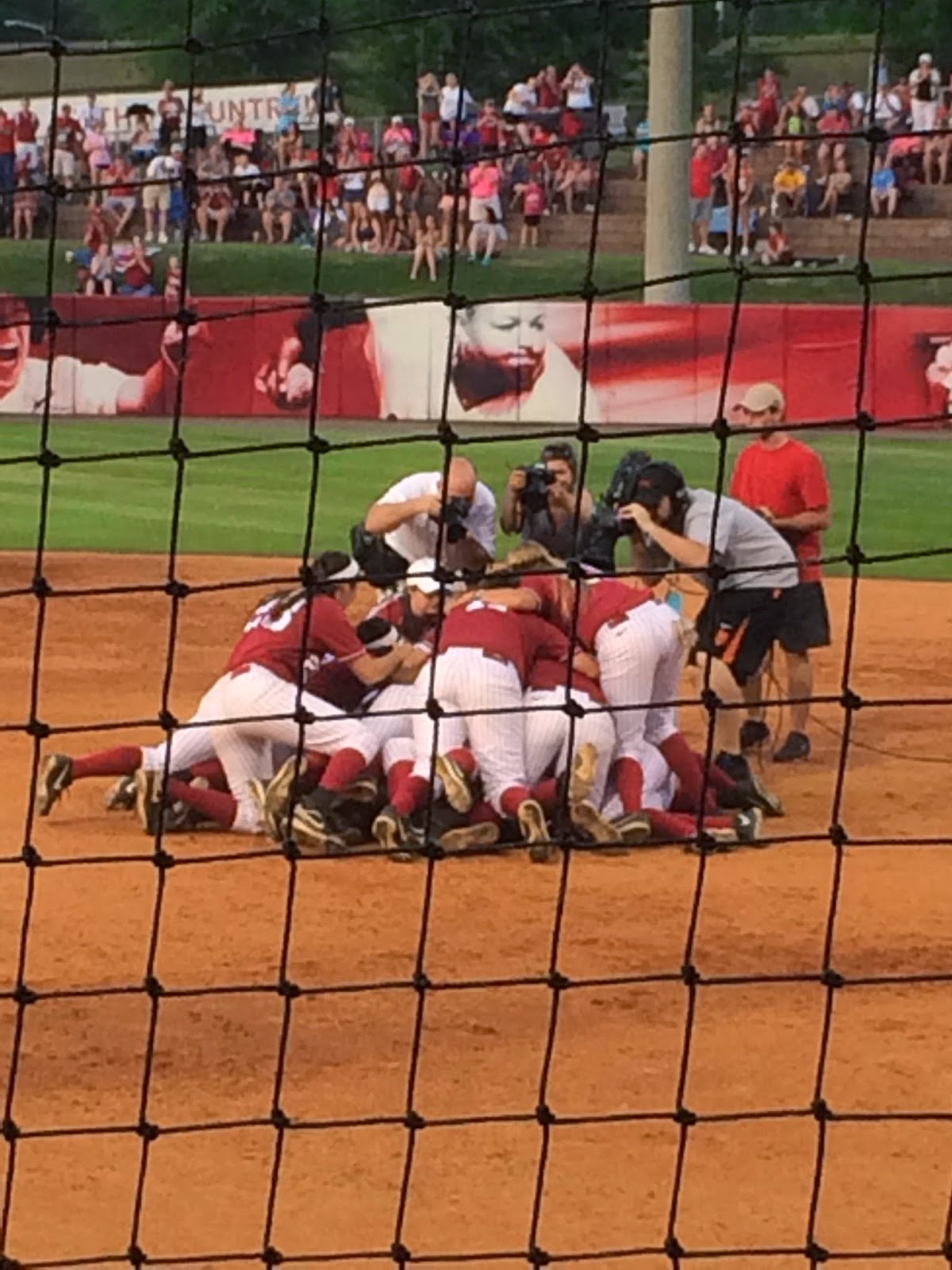 Yesterday the Alabama softball team captured the championship of the Tuscaloosa Super Regional, and they are bound for the softball college world series. Again.

Three years ago, the Tide was a win away from the championship series before running into a red hot Florida team. And then, two years ago, they won it all on a memorable night complete with rain delays, a comeback, and plenty of drama.

Now, after falling short last year, they're going back.

It wasn't easy. Friday night I sat through one of the most tense dramatic games imaginable. Bama fell behind 4-0 early, and scratched their way back to win after 12 innings and almost five hours of softball. But the remarkable thing about that game was the play of the freshmen:


As I thought more about the game, I thought about the key players in the championship two years ago. Some of them have moved on to their post college lives: players like Kayla Braud, Courtney Conley, Kendall Dawson, and Amanda Locke. Others are about to end their careers at Alabama and turn the team over to the "kids": players like Kaila Hunt, Molly Fichtner, and Jackie Traina. So it's good to see the young ones stepping in and showing the potential for the future.

You know, it's kind of like life. We all have a very limited time on this earth. The 75 years or so that we average is but a breath; we are here today and gone tomorrow. Time will, as the Indigo Girls song says, "make history of us." There is so much to be accomplished, so many people to help, and such a need for us to spread God's love and enhance the kingdom of his Son.

So it's good sometimes to sit back and realize that it's all part of a much greater plan enfolding over thousands of years, under the direction of a very patient God. Like Alabama's seniors, I need to work hard, prepare hard, and do all I can. But when I am done, others will step in and probably do even better. Others like my nephew and nieces, like the young people I have met through YoungLife, and like the children of my friends. Lie those Tide freshmen softball players, they are stepping to the plate and I know they will hit it out of the park.