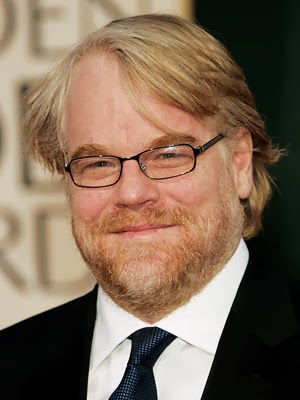 A little over two weeks ago, on a Sunday afternoon, I got the word that actor Philip Seymour Hoffman had died at age 46. He was a brilliant actor who enabled the telling of many stories. From all accounts, he was not only talented but also a devoted father - one who successfully fought off the demons of addiction for much of his life, but succumbed at the end. He will be missed.

But in this post I want to touch on a statement that was made at the end of People Magazine's article on his death. Not because it says anything about Mr. Hoffman, but because it says a heck of a lot about the way we look at death.

At the end of the article, his friend and former director Matthew Warchus made this statement: "All I can think is that he's sitting up there and giving one of his dark, big chuckles."

All through human history, man has believed that there is something after death. For most, this belief involves some esoteric spiritual existence that is totally unrelated to our physical life on earth. And most believe that it is going to be a good thing. According to a book by Sam Storms, more than 80% of Americans believe in an afterlife, with another 9% saying they aren't sure. 76% believe heaven exists and almost that many, 71%, believe there is a hell. But here is the amazing part: Despite that, less than 1% believe that they are going to end up in hell. Almost all believe that they will somehow be "sitting up there."

This would lead you believe that most of our opinions about the afterlife are wishful thinking - as agnostics and atheists would affirm.

Former Mars Hill pastor Rob Bell seems to agree with this sentiment. It is affirmed in almost every discussion of someone who has passed on, just as with Mr. Hoffman. The 1974 Righteous Brothers hit Rock and Roll Heaven memorialized music greats Jimi Hendrix, Janis Joplin, Otis Redding, Jim Croce, and Bobby Darin with the lyrics…


If you believe in forever, then life is just a one night stand.

(Yes, it is a clever twist of words on the two destinations.)

So it is into this world of uncertainty and wishful thinking about an afterlife that Jesus of Nazareth bursts onto the scene. During his three-year ministry, he proclaimed that he would do something radical. He did not proclaim that when he died his spirit would mysteriously go to a better place. Not even close.

The message of Jesus was that after dying a sacrificial death he would physically rise from the dead and live forever. Furthermore, he would be the first fruits of his followers. The hope of the Christian faith is that because Jesus physically rose from the dead, we will do the same.  Heaven and earth will meet and God will dwell among his people forever.

And then he did it!

The hope of the Christian faith is not that our spirits will live on after we die. Most of the world, Christian or not, believes that. No! Our hope is that, while we will be in God's presence when we die, that is just the beginning. Because he lives, we will live too. We will participate in his resurrection.

How different this is from a vague belief in an afterlife. It is a specific faith in a specific future based on a specific historical event.

He is risen. And so we will rise as well if we place our trust in him.

It can't come too soon.


What do you believe about death? Is it comforting to have so many different opinions? Or does it cause you to question the concept? How is Jesus' message different from the common belief?
Posted by Donnie Manis at 10:43 PM