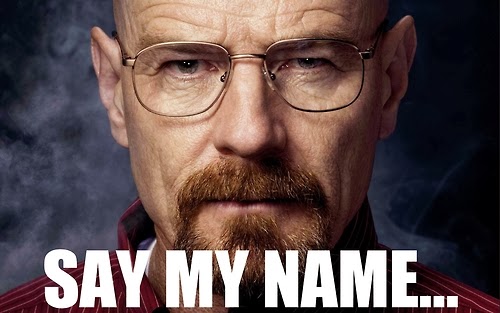 When I was in 7th grade, I got a new name. I never really took to it, because it was always spoken with a splash of mockery and derision. That name was "Mayonnaise."

It doesn't look much like my last name, Manis, but when you pronounce it it's pretty close. A bully who shall remain (ironically, given the topic of this post) nameless started using it. Before long, my football coaches picked up on it and were yelling it at me at practice after practice. No, I never liked it.

Names are powerful things, more powerful than we realize. I got to thinking about this during a message from our teaching pastor Sunday morning, where he was talking about how Jesus gave his disciple Simon a new name, Peter. More on that in Part 2 (to be posted tomorrow). But in the wake of that talk, I thought about how often we see the power of the name. For example,


Throughout history, in popular culture, in just about every society,  the name has extraordinary significance. Your name is who you are. It matters. And that's why some name changes in the Bible tell us a lot about what God was doing in the lives of his people. People like Abram. Jacob. Simon. Daniel. Saul.