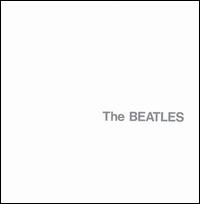 In a conversation with my nephew Hunter tonight, I learned something I did not know. I'm a little embarrassed I didn't, because I pride myself on keeping up with popular culture. Nevertheless, I didn't know...I didn't know that the rumor of Paul McCartney's death is still alive and well.

The source of the rumor is well known by fans of the Beatles, and it was widespread back in 1969. A good description of how it started and the "clues" is in this Wikipedia article. For months many fans believed he had been killed in an accident, but the rumors were squashed after Paul was interviewed publicly.

I knew all that. But I didn't know that there are many who believe it to this day. They believe that Paul was replaced by a lookalike who had won an impersonation contest and that there has been a massive cover-up ever since. Hunter told me that, for instance, there is a belief that John Lennon was assassinated by someone who was in on the conspiracy to keep the plot quiet. Hunter believes it could actually be true.
______________

We Americans love conspiracies, don't we? JFK - who really killed him? Elvis faked his death and is still alive. (Maybe he's disguised as Paul. Ha!) The Apollo missions were faked and man has never been to the moon. And now, I have learned, there has been a 42 year cover-up of Paul McCartney's death.

I don't know whether any of these are actually true, although I'm pretty dang sure that some of them are not. But what I do know is what it tells me about our nature. We love mystery. We want there to be something out there, something that is true even though it strains credibility. And probably most of all, we want to be insiders on something that other people don't know or refuse to believe.

Where does this desire come from? Why so we love mysteries so much? I can't help but believe it comes from deep inside our souls, from the knowledge that there really are things that are incomprehensible. Things that are so mysterious that we can never explain or understand them...and yet are true. Deep down, we know there is a God whose ways are beyond our understanding and that he has revealed himself in the person of Jesus, who performed works that we can't quite get our arms around. There are things that are hard to believe, and yet are true. We know that, deep down.

Is Paul dead? Have we been fooled by a doppelganger for 42 years? Some believe so...I may want to dig a little deeper myself.

Is Jesus alive? Oh yeah. The historical evidence is overwhelming, and it stands up under investigation. And this truth can satisfy our longings. Not because we understand the mysteries of the universe. But because we can know the One who does.
Posted by Donnie Manis at 9:05 PM