Ethiopia 2011: The second time, how was it different?

As I headed home from Africa on July 10, 2010, I knew I would be back. I knew it, because I knew I had to return to a particular community in Addis Ababa, Ethiopia. This place: 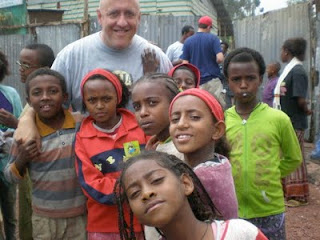 This kids in this picture live in a community by the city trash dump. Most of them get their food by racing the others to the food dumped there. When I arrived there one year ago, we worked with a program that was just underway to try and make a difference. We were only there for a day and a half but it captured my heart. I knew that God wanted me to be a part of making a difference there somehow. Not because he needed me (he doesn't, he's God), but because he loves us enough to let us be part of his plan. So, among other things, I signed up as a sponsor for a new program giving kids an opportunity to overcome their circumstances through boarding school.

I didn't know how, but I knew I had to stay connected. So when I had the chance to return for a week with the same team leader, I jumped at it. Last week, I was able to spend a week there. I expected it to be  different but I didn't know how. Here's how:

First, my eyes were more prepared for what I saw. I was afraid that might result in complacency (I've seen this before), but instead my heart broke in a new way. I was able to see beyond the shock value of the poor conditions and into the beautiful, beautiful hearts of the people there. They are so filled with love for their family and open to love toward strangers like us. Every day they deal with problems that we cannot even imagine, but you can tell that they know God loves them.

Second, five days is so much better than two. We were able to see the same kids day after day and the joy of pulling up on the bus each day grew as the week wore on. We got to know many of them by name, and they loved teaching us some of their language (and laughing at how we would mess up). Of course, that made leaving unbelievably difficult. Many tears were shed on the last day. Here are some pictures where you can see just see the joy of our team as they spent time with these kids: 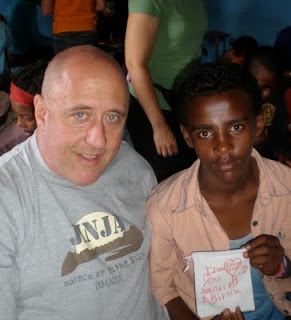 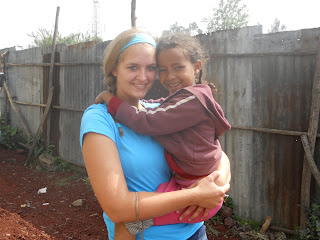 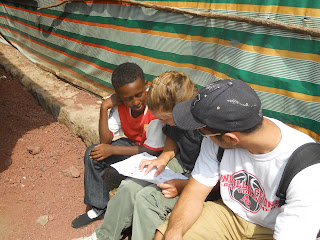 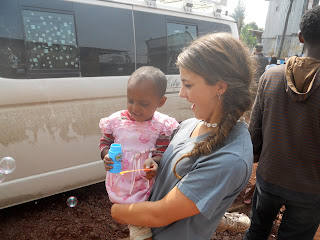 (For alot more pictures, check out this link to my pictures on facebook.)

Third, the progress over just a year's time was amazing. This will be the subject of my next post on the trip.

Finally, spending time with my sponsored children and meeting their families was worth the trip by itself! Again, I will post about this with more detail later.

But it was also the same. The same God loves them now like he did a year ago. The same need exists for physical, emotional, and spiritual healing. And the same command from God remains: Go!

Next post: The progress since last year
Posted by Donnie Manis at 11:16 PM