But Jesus was saying, "Father, forgive them; for they do not know what they are doing."

Paul refers to the cross of the Messiah as the foolishness of God, which is wiser than the wisdom of men (1 Corinthians 1:25). And no wonder. Because it does not make sense to us that we can conquer evil by suffering. By submission. By forgiveness. And yet there he is, on his way to his death, and he proclaims forgiveness for the ones pursuing his death. And by that act, he has conquered evil forever.

Many of these same themes were interwoven into last week's episode of The Walking Dead. Yeah, I know...

If you are one of the 16 million people who watched last Sunday, you know the background well. Our band of survivors in this zombie apocalypse have been on their own for at least a couple of years and have beaten the odds on all sorts of perils. But now they are face-to-face with a different challenge - a naive community (Alexandria) of people that have no idea of the danger outside their walls. How will they fit in? Will the things they have learned help them protect their new community? Or will it get them kicked out?

(For more, read a synopsis here.)

Well, the path to getting control of the situation was surprising. 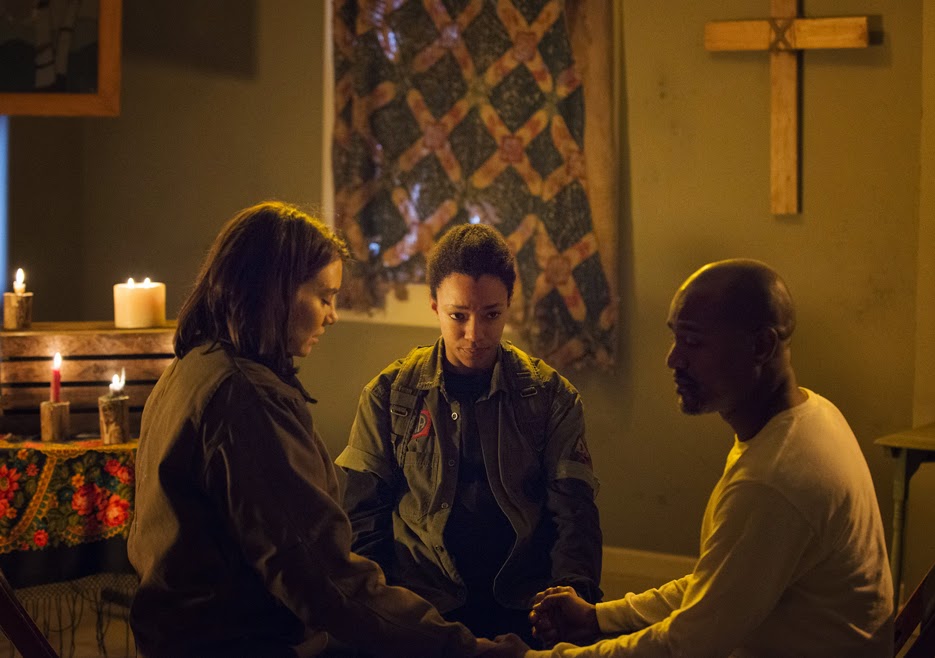 The name of the episode was "Conquer." That seems like a very strange name; there was no conquest in sight. Not in the traditional since. But.....

Glenn conquered his bitterness over Noah's death as he let Nicolas off the hook.

Sasha is at least on her way to conquering the deep hurt over the death's of Bob and Tyreese.

Maggie has conquered the hopelessness she felt after the deaths of her father and sister.

Maybe Gabriel is on the verge of conquering his shame. We'll see about that one.

And, as the people of Alexandria witness selfless sacrifice by these flawed characters, including Rick - who was out protecting them from intruding walkers when he could have been trying to save his own skin - our group seems to be conquering. Conquering fear, conquering mistrust, conquering the disconnect with their new community. Rick thought they would have to do it by force.

Forgiveness. Suffering. Sacrifice. Nor conquering by force, but conquering with love. Does that work?

Is it foolishness to think so?

Which brings us back to Jesus. Love, self-sacrificing love, forgiving love, is the only thing that can conquer evil. And that's exactly what happened on the cross, when the King of the universe was crowned with thorns, bore our sins, and destroyed the works of the devil.

And then rose from the dead to claim that victory.

This is the foolishness of God, wiser than all our wisdom. Amen.
Posted by Donnie Manis at 12:16 AM