Death is a terrible thing. It is the enemy. There is no silver lining.

In this scene from the movie Dead Poets Society (1989), a young student has just committed suicide. Just how awful is death? Well, here.....

Waste. Tragedy. The end result of living without hope. It was true for Neil, and today we saw it as the the life of Robin Williams ended. 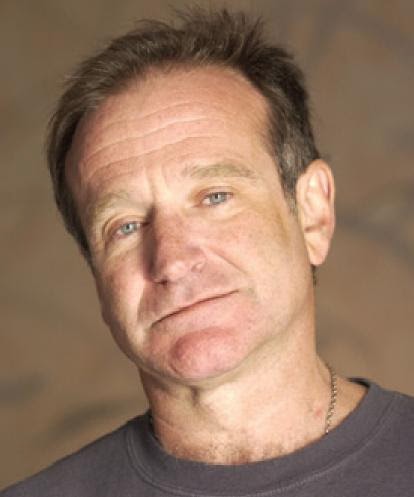 There is a deep, sad, irony in watching this movie now. We see Williams' character trying to come to grips with the path that led his student to despair. And from now on as we watch this, we will not be able to escape the awful fact that this was a path he would one day travel himself. And we are all the worse for it.

Yes...death is a terrible thing. It is the enemy. There is no silver lining.

What's that you say? The silver lining is that it is a bridge to the afterlife, where everyone will be happy and where our dreams will come through?

I don't think so. I believe the Scriptural message that death is the end result of our rebellion and where the path of human self-reliance ultimately leads. It is a horrible enemy, one that made Jesus weep with sorrow and anger at the grave of his friend Lazarus.

But it is an enemy that he defeated. When the Messiah Jesus rose from the grave, he took away its awfulness. He robbed it of its debilitating power. And he created the hope that for his followers it would not have the final say.

Death has robbed us of a great talent today. We will miss his humor and ability to make a story come alive; those who knew him well will miss so much more.