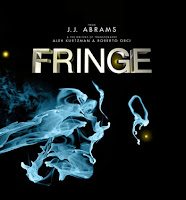 Once again it's time. Time for one of my favorite television shows to finish its run. This time it's Fringe, and I'm going to miss it.

To me, the best shows, the best movies, the best books are those that tell an epic story. Movies that come to mind are mostly those told over multiple releases, and often are based on a book series. Harry Potter, Lord of the Rings, etc. For television, LOST is the one that sets the standard for me, but there have been many others.

Fringe is one of the all-time greats. It is unique in that it such a wonderful show with magnificent actors but it never gained a large audience. I personally believe it may become this generation's Star Trek - a show that was canceled after one season but became a cult classic and the inspiration for a series of movies. Through digital media, many will discover this gem after the curtain has fallen.

This show was smart, thought-provoking, centered on extremely interesting characters, and even funny. The acting was amazing and the characters compelling. On the surface, it appeared to be about science fiction, but it was really about this collection of people who became a family. It was a story about choices, and how all our choices are important and affect people in ways we can't even start to understand.

Forgiveness. Love. Family. Choices. Fate. Free will. Redemption. Faith.  If these interest you, Fringe is your story.

So I'll gather with family and friends to see the end tomorrow night. I'm expecting a powerful conclusion. I love a great story.