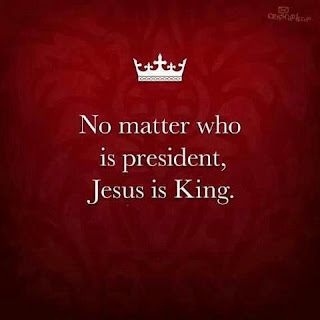 Tonight was the second of three debates leading up to the 2012 U.S. Presidential election. Judging from the posts on Facebook (and other conversations), there is alot of stress over this election. Many believe that the outcome will determine the quality of their lives.

Maybe. But only if we measure the quality of life by our safety, security, and material possessions.We are not promised any of those things.

As a follower of Jesus, I am taking a step back t look at what is promised. Jesus came to establish God's rule as promised to his people in the Old Testament. Through his death and resurrection, he told hold of the world and rendered all other kingdoms inept. He is now in charge, and I am an to be a subject of that kingdom, bringing about his will on earth.

So bring on the next President. Do I have a preference? Sure. But I'm not stressed, because I know who holds the future - the One who came to establish God's temple in my heart.
Posted by Donnie Manis at 12:12 AM