The Avengers: All the elements 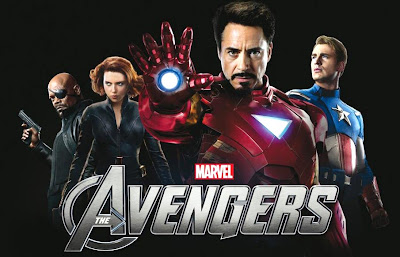 The other night a friend asked if I were going to do a review of The Avengers on this site. How could I not? It was a movie with all the elements - everything that makes a movie worth seeing.

This is listed first, as it is the ultimate test of a whether a movie is worthwhile. Life is about stories; you have one, I have one. History has one. Ultimately, a good movie, book, or TV show has to have a story worth telling. That is the thread that holds together all the action, drama, and comedy.

This movie had a story that had me riveted. The earth is in danger from forces from the other end of the universe. There are a number of people with extraordinary powers that are our only chance. Some of them have complicated relationships with each other. But individually they are not enough - they need to come together if we are to stand a chance. Yeah, great story. 7/10

So important, because a great movie has to have people we care about. The characters should be multidimensional, complete with virtues, quirks, and flaws. And, most importantly, they must be cast correctly.

This is one of the real strengths of The Avengers. Several individual movies led up to this one where we were introduced to characters like Iron Man (Tony Stark, played by Robert Downey, Jr.) and Captain America (Steve Rogers, played by Chris Evans). Would these characters mesh with each other, and with other characters like The Hulk (Bruce Banner, played by Mark Ruffalo) and Black Widow (Natasha Romanoff, played by Scarlett Johansson)?

Oh yeah. Amazing job, north individually and as a group. It was a joy to see these characters with massive egos encounter each other, clash, struggle, and deal with the reality that they must depend on each other to have a chance.

This was one of the surprising aspects of the film, although it should not have been. If I had just thought back to the Iron Man movies or last year's Captain America, I would have known to expect great comic timing at use the right time to break tension.

I won't ruin your enjoyment by quoting any of the individual humorous moments. I'll just say, expect to laugh.

Good movies have highly interesting interaction between characters. They have conflict that almost make you wish it would get over with, because the risk of a sour end is almost suffocating. Conflict not just from the bad guy, but between characters and even internal conflict.

Whether it was Natasha having to deal with her dark past, Banner fighting off the beast inside him, or Stark and Rogers battling over their differences of idealism and cynicism, it was all there.

Not expected in every movie; in fact, sometimes there is so much action that the story gets lost. That kind of movie, despite chases, fights, and things blowing up, has a tendency to put me to sleep. Action is fun, but the story is the thing.

The Avengers, of course, had to be an action movie. It's the genre. And it did not disappoint. Lots of fights. Chases. Explosions. Special effects. THey were done extremely well and were a lot of fun. But, and this was the best part, they did not overshadow the story.

If you know me, you know I'm all about major themes. Sacrifice, redemption, love. teamwork - the great threads of human existence that reflect God's plan for us.

There is a wonderful scene about halfway through the movie where the heroes begin to argue over the best way to attack the challenges before them. As Stark's cynical approach is contrasted with Rogers' almost naive world view, we wonder whether hope is something to cling to or abandon. Later, we see Stark....you know what, I'm not going force myself to post spoiler warnings. Just see it.
__________________________________________

Can you tell? I sort of liked the movie. In fact, it was worth seeing a second time with a different friend, and I was just as enthralled as the first time. Yep, pretty dang good flick.