Charlie Sheen visited Tuscaloosa last week. That was about the last thing I expected as the city was trying to recover from the tornado's devastation. But there he was, announcing that he wanted to do what he could for the city. For those who haven't seen it, here's a video clip from the visit:

Well, apparently Mr. Sheen fell in love with our awesome campus town, because a few days later he was spotted at a charity gala for a diabetes research group wearing a Bama cap: 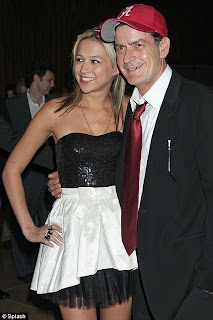 And he even took a picture with someone my fellow Bama fans might recognize: 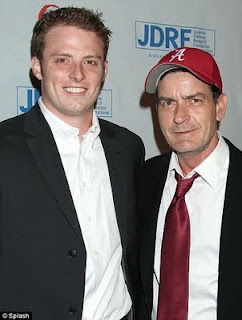 Now, Charlie Sheen's recent problems are well documented. He has been the picture of crazy, and far from a model citizen. He is not exactly the person most of us would have thought of as a 2011 spokesperson for a worthy cause.

Furthermore, one can't help but wonder about his motives. Did his agent encourage him to jump on the next worthy cause to rehabilitate his image? Or did the reports grab his heart to the point that he really wants to help?

Here is my two cents worth on that question: IT JUST DOESN'T MATTER! That's right - I don't care what his motives are. The important thing is that he is calling attention nationally to a crisis that desperately needs to be shared. And the work he is planning to do to raise money and awareness will help keep it on the national radar in our age of incredibly short attention spans.

Paul expressed a similar view about the spread of the Good News in his letter to the Philippians:


It is true that some preach Christ out of envy and rivalry, but others out of goodwill. The latter do so out of love, knowing that I am put here for the defense of the gospel. The former preach Christ out of selfish ambition, not sincerely, supposing that they can stir up trouble for me while I am in chains. But what does it matter? The important thing is that in every way, whether from false motives or true, Christ is preached. And because of this I rejoice. (Philippians 1:15-18)

Paul didn't care why people were preaching the gospel of Jesus, he was just excited that the word was getting out. I think he would feel the same way about Mr. Sheen. Whatever the motives, if it gets more help for the people who desperately need it, bring it on!

So, Charlie, if by some chance you happen to read this, I hope your motives are pure. For your sake, though, not because it matters to the good people of our state. We're just thankful for anything you can do to help.