Richard Sherman: Between the lines 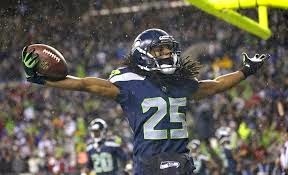 By now you have probably heard about all you want about Richard Sherman's explosive post-game interview Sunday.

You've heard the discussions about whether or not he's a thug. You've seen posts where people rushed to judge him based on one 30 second interview. You've seen posts where people defended him, pointing out his Stanford education and all the good he does in the community. You've even seen discussions of whether the reaction is symptomatic of racism.

But there's one thing he said that gave me pause. And made me think about my life. So, if you'll indulge me, just a few more words.

For those of you who have been living under a rock, here's the interview:

So, the day after the game, in reaction to a social media explosion, Sherman took the initiative to write a piece explaining himself. There was an apologetic tone, and he made some really good points about his character, who he is, and the nature of football. I think he's mostly a good guy who got caught up in the moment. But there's one quote from him that still haunts me:

Every day I spend about eight hours "between the lines." I work with my own team, people from other parts of the company, management, and others. And how I treat them is important. If I lose my temper with an underwriter or a marketing rep because I don't like what they're telling me, that matters. I can't say (with any credibility), "Just judge me by my work with my church…my trips to Ethiopia…the love I have for my family and friends. Ignore the fact that I treat you like dirt. This is just work. This is just between the lines."

Yes, Richard. All the other is great, but between the lines is important too.

And that goes for me too. I need to let Jesus shine through me everywhere…especially work.


Are you a different person at work than you are at home? In what way? Do you think that needs to change, or is it necessary to succeed?
Posted by Donnie Manis at 9:33 PM